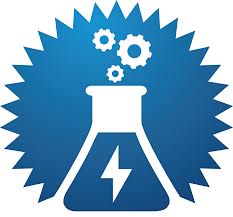 Was it really 2 months since I started this journey developing HOL-SDC-1416 for VMworld?  Things have certainly progressed so I thought it was well past due writing another blog post on the process.

Back in early April the first real task was to write the storyboard for the Lab.  It sounded a straightforward task but when I started I didn’t even know the versions of or even all the products we were going to use.  As you probably realise, products continue to develop and with the timeline of this lab effectively starting in August 2014 and running through March 2015 you can imagine some products may change over time with minor and major product releases within such a long period.

My lab was also going to be focussed on vCenter Operations – this product spends it’s life collecting metrics, analysing them and creating dashboards to represent the state of your environment.  So to make the experience great I would need to stand up a bunch of infrastructure and applications, build out all the Management tools and somehow workout how to capture the state and publish a lab that could be spun up on demand in a stable and known state.

That’s not going to happen for two reasons.

1 – Somehow synchronizing times then sending every box back in time to the point where you create the lab scenario is very very hard.  Two many moving parts and as soon as you start changing dates with SQL, Exchange, AD etc etc things start to break

2 – The core lab team are not going to be very impressed if I ask for a lab consisting of half a dozen virtual ESX hosts running 20 VMs, plus a vCOPS Analytics engine and all the other stuff needed to make the lab work (AD, ControlCenter, vPOD Router etc etc).  It’s just not practical due to the potential scaling of multiple labs involved.  We have a resource ‘budget’ that we need to try and work to.  Everything is built with the intention of providing the richest experience as a priority but please don’t waste a single CPU cycle or MB of disk!

The answer – some colleagues of mine cracked vCenter Operations ‘Historical View Mode’ (HVM) for the last round of labs.  The perfect answer.  I can spin up as much infrastructure as I want (within reason) in the HOL DEV cloud, capture and baseline data in vCOps during the development period and then close to lab lock down (end of June) create a few scenarios in the environment to make things interesting.  The lab itself would just need the two vCOPS VMs set back in time in HVM.  Hardly any resources needed – the lab team should be pleased 🙂

That also helped with product versions – just use whatever is current and if things change then I can update in my ‘Collector Pod’ and republish an instance in HVM.

So we had a technical plan…

The storyboard itself was quite straightforward. 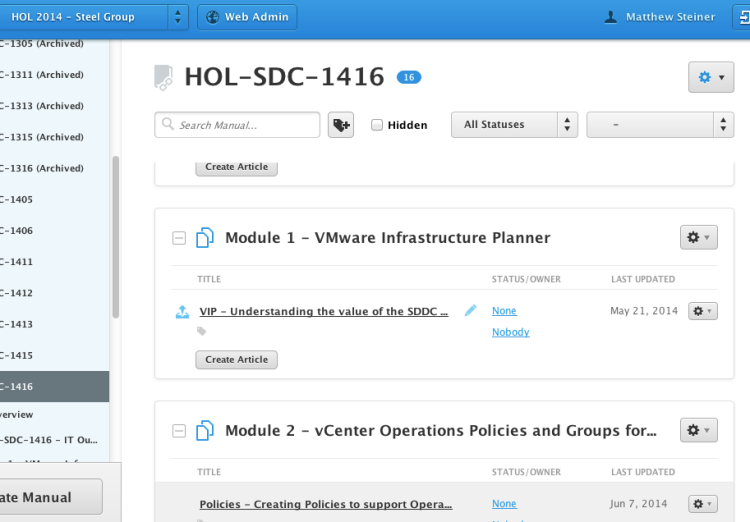 My content leads wanted me to focus on ‘Intelligent Operations’ use case.  This translates largely in product terms to showing how vCenter Operations Management suite can manage Business Critical Applications like SQL and Exchange.  I built up a basic Storyboard consisting of

Module 1 – Something on VIP to set the scene

Module 3 – extending into vCHS (even though I don’t have a vCHS account – we’ll cross that bridge later!)

Module 5 – Making it your own with Super Metrics

Next step….build the lab….I’m going to need some help with this bit though!!

That will be the topic of my next post which I’ll pull together in the next few days.  I have been extremely impressed with the Development environment provided by the Lab core team and the tooling we’ve been provided to create the Lab Manuals so should make an interesting read.

Meantime, while we build these new labs, there is already a massive amount of lab content in the VMware Hands on Labs that you can try out now!